Group to Role Mapping through SSO or SCIM

Written by Iglika Kassabova
Updated over a week ago

You can map users from your idP to specific roles in Quantive. Users can be part of multiple groups and roles. 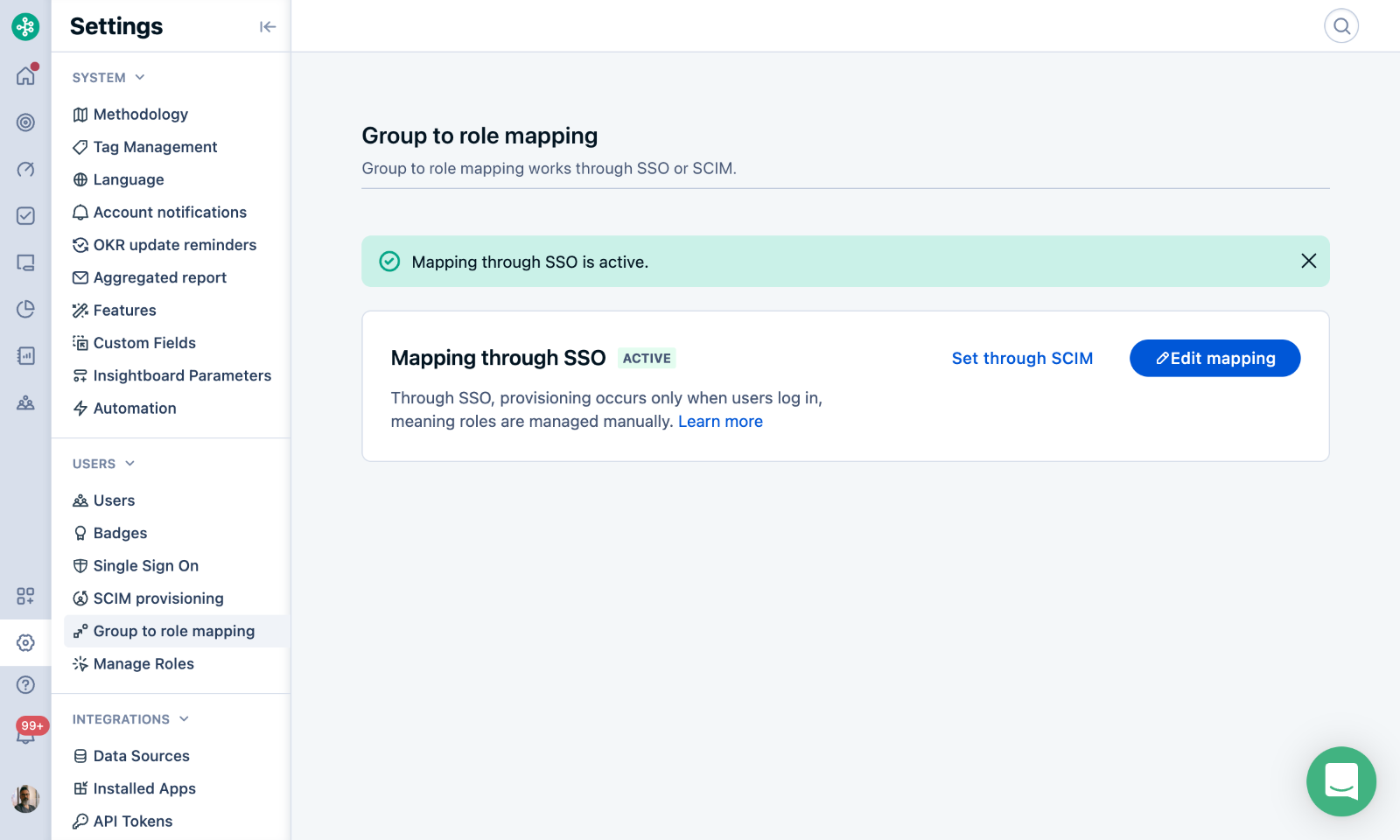 Group to Role Mapping through SSO or SCIM

You can use SSO (Single Sign On) for authentication, or for limited provisioning and SCIM (System for Cross-domain Identity Management) to set provisioning for your account. Admins can set the Group to Role Mapping through either SSO or SCIM.

SSO is available with the Quantive Scale plan and up.

SCIM is available only with the Quantive Enterprise plan.

To set default roles, navigate to Settings, then Group to Role Mapping, then select SSO or SCIM.

You can assign one or more roles to your users. 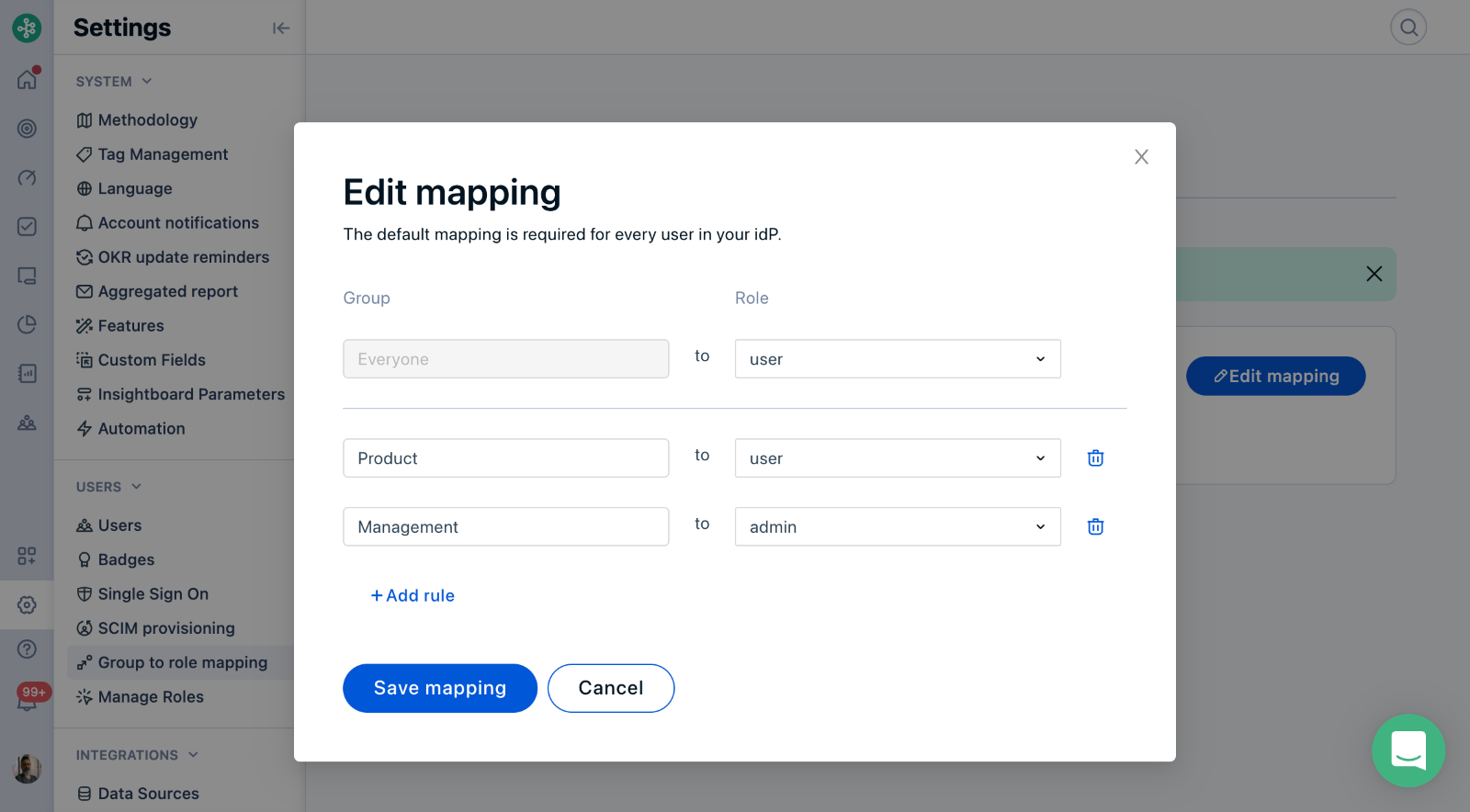 The ‘view-only’ role cannot be combined with other roles. For example, if a user is assigned ‘view-only’ and ‘admin’ roles, the ‘admin’ role will be assigned no matter which role was added first.

Through SSO, provisioning occurs only when users log in, and roles can both be set as default or managed manually per each user. Every time a user logs in from an SSO connection, the values of their groups’ attributes will be checked. The corresponding role will be added if they match any new mapping rules. Group to Role Mapping through SSO does not remove roles.

Azure AD and Google Workspace/G Suite can be connected by an admin in Settings. For other SSO connections that support SAML 2.0, including Okta, OneLogin, and Ping, some additional setup from Quantive Support will be required. Feel free to contact us at [email protected].

You can find detailed instructions for configuring SCIM with Quantive here.

Switching Group to Role Mapping from SSO to SCIM 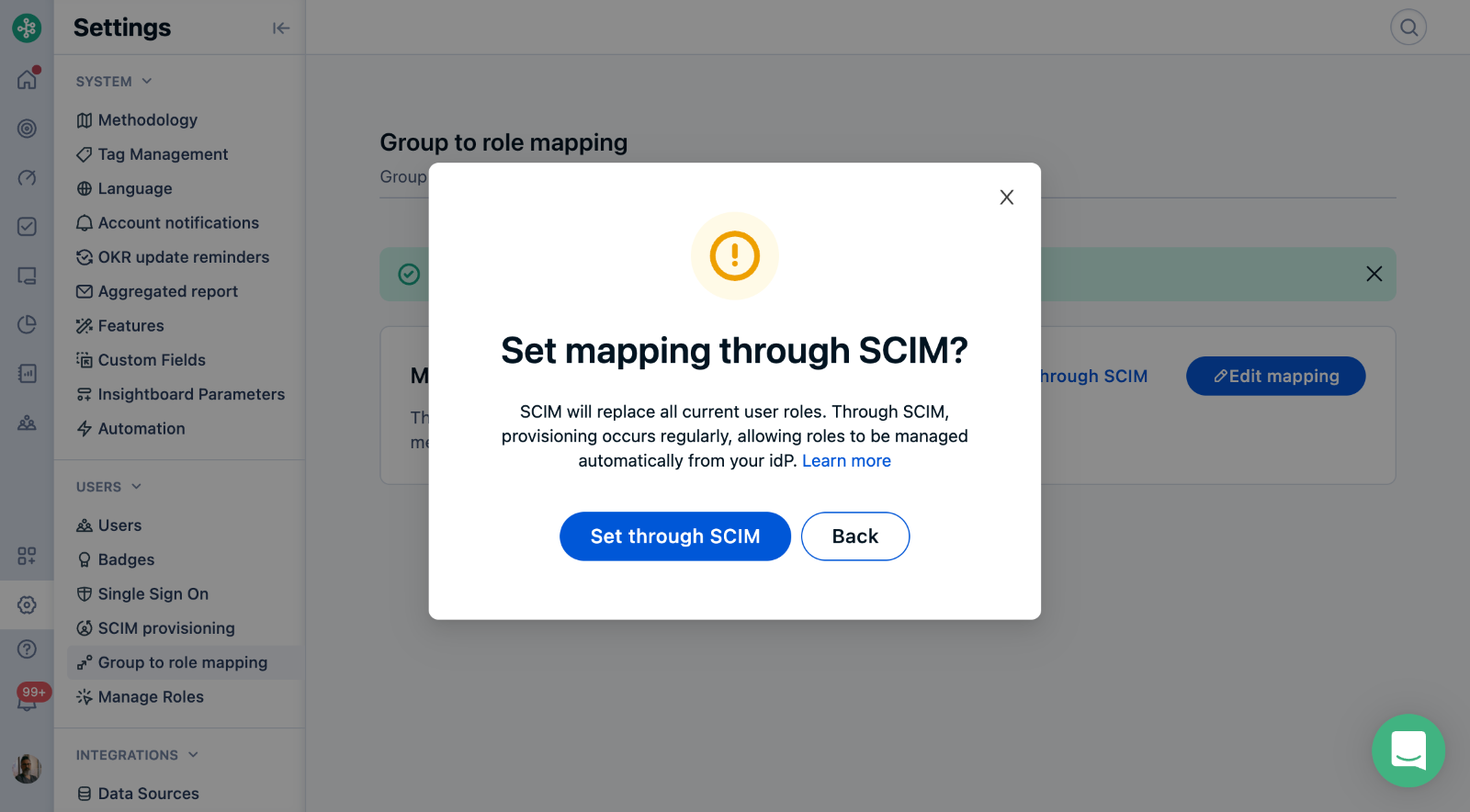 Note that if you switch from SSO to SCIM, the manually assigned roles will be erased, and the process will be irreversible.

Did this answer your question?